WOMEN’S VOICES IN PEACEBUILDING KEY TO SUSTAINABLE AND LASTING PEACE 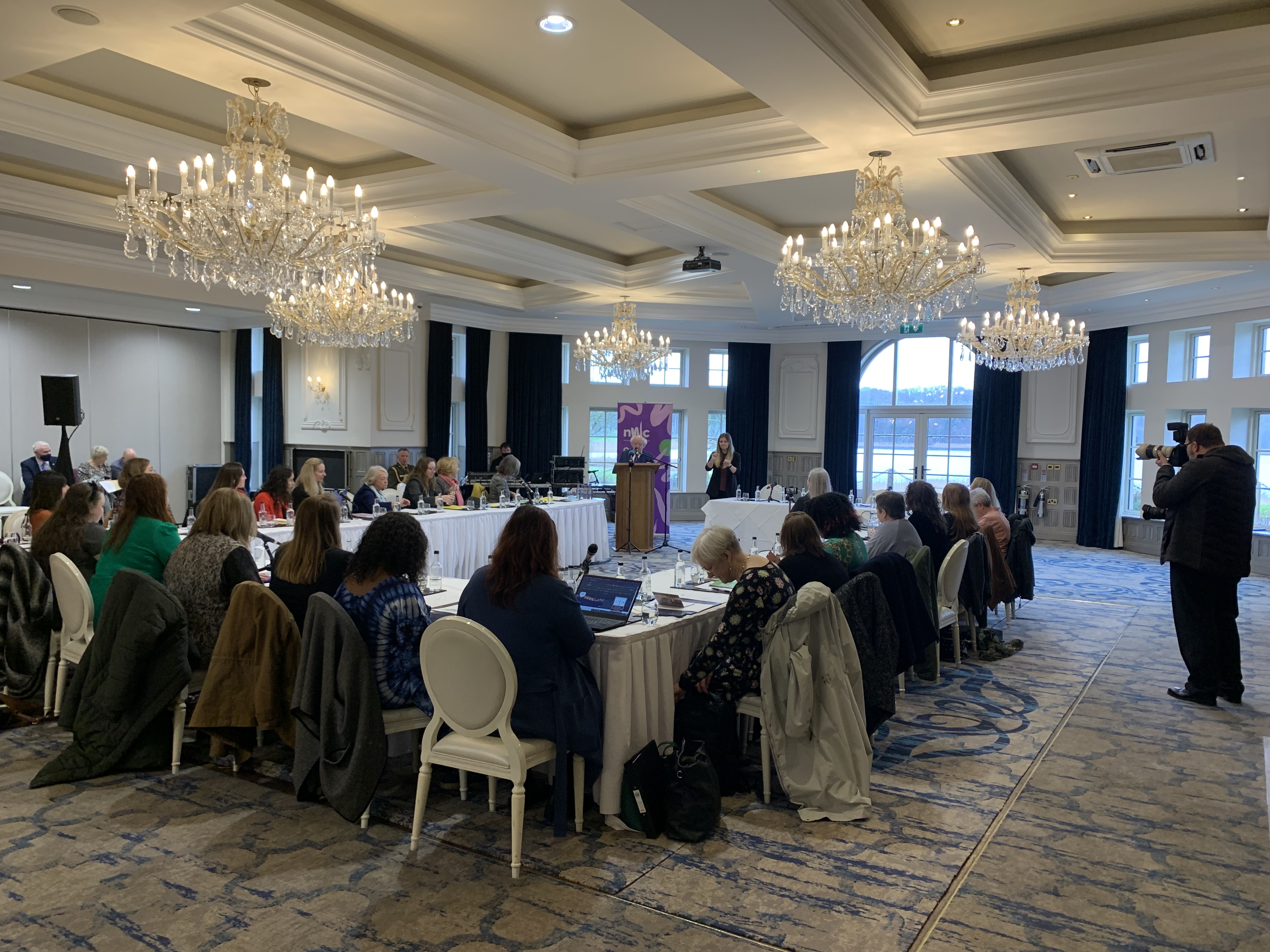 The National Women’s Council (NWC) All- island Women’s Forum met today in Enniskillen where women from all across Ireland discussed the importance of women’s voices in peacebuilding, and ensuring reconciliation remains central to our future.

He said: “Evidence suggests that female participants in peace processes are more likely to be focused on reconciliation, economic development and transitional justice – all critical elements of a sustained peace. We therefore need to listen more to those women involved in conflict resolution to allow us achieve positive change. In the past, the neglect of women’s contribution to the post-conflict adjustments was a significant, avoidable loss, often resulting in exclusionary outcomes. We also need to listen to the voices of victims of violence and conflict. We must listen to and believe survivors.”

Louise Lovett, Chairperson of NWC said: “The Women’s Forum aims to address underrepresentation of women and further develop women’s role in peacebuilding and civil society. Today’s meeting is an important one in providing a space for women on an all island basis for cooperation and dialogue. Against the backdrop of political instability in the North, we need to redouble our efforts in peacebuilding ad reconciliation across this island. Women’s voices in peacebuilding are key to a sustainable and lasting peace.”

Emma DeSouza, NWC Women’s Leadership Coordinator, said: “The benefit of women’s voices, particularly in peacebuilding and reconciliation, is well documented. Evidence demonstrates that womenin peace processes are more likely to focus on reconciliation, economic development and transitional justice – all critical elements of a sustained peace. Such alliances are already evident across civil society on this island but remain an underutilised resource in advancing the peace process. The Good Friday Agreement includes a commitment to North-South equivalence on rights as well as the full participation of women in public and political life. The women’s forum seeks to build and embed these commitments on the island of Ireland, in line with UN Security Council Resolution 1325.”

Orla O’Connor, Director of NWC said: “There is a commonality of issues across the island, and providing spaces for women for cooperation and dialogue on the critical issues we face all across the island is more crucial now than ever before. For example, tackling the epidemic of violence against women is a critical issue that requires an all island approach.”

Grassroots legend Eileen Weir🙌🏻talks about getting back to the GFA stand by strand, on curriculum. She says the benefits haven’t been sold properly to some WC communities. Talks of the importance of working from bottom up. Politicians need to stop throwing dummy out of the pram… pic.twitter.com/5iqNQCvvIP