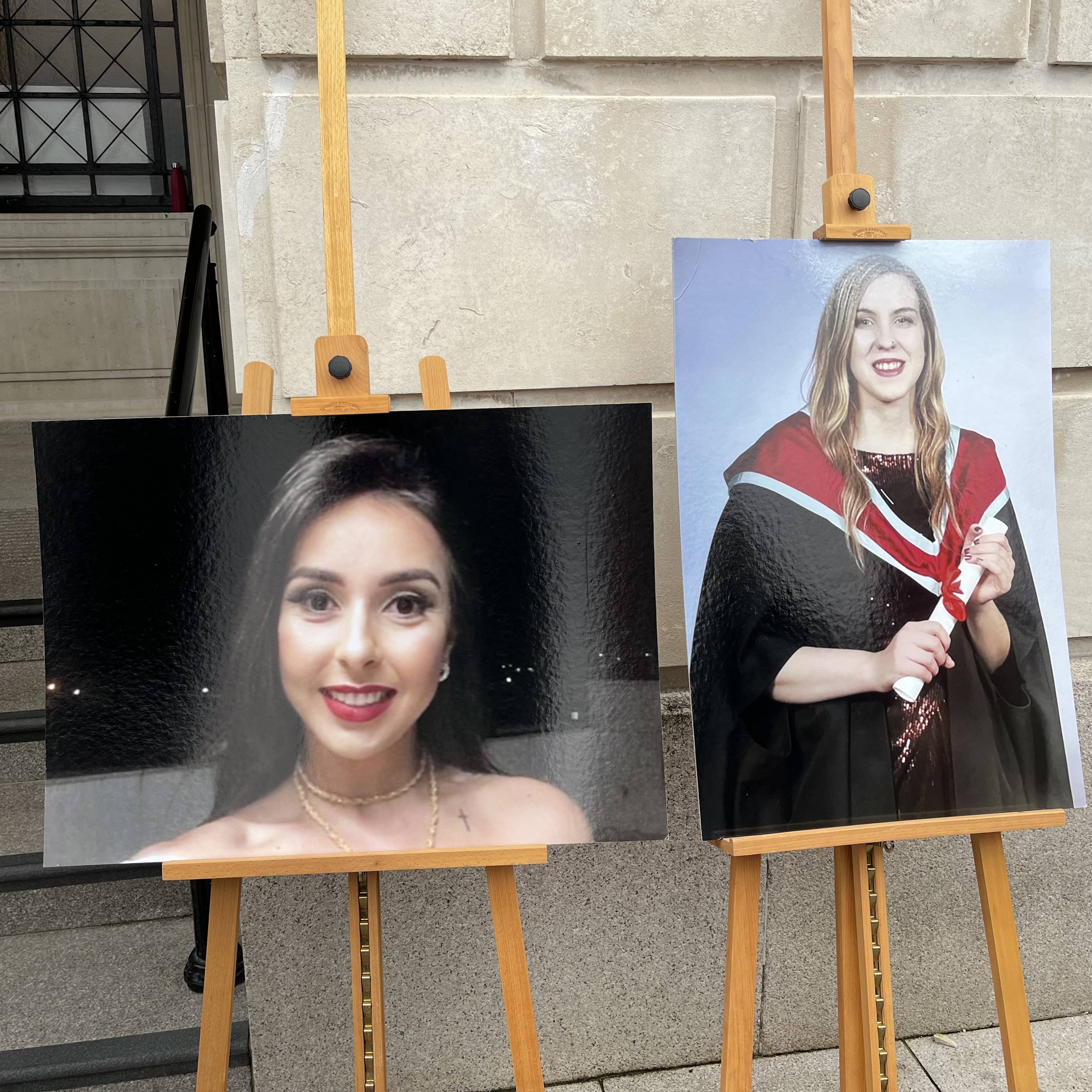 Nats knew people I know, and we had been in each other’s company a couple of times in the pub.

We followed each other on Twitter, where she was active, and she would interact with some of my work posts – mainly the ones about rights.

She seemed sound. Fun. Full of opinions. Full of life.

When I initially heard a woman had been found dead in Lurgan I wondered would it be long before it was confirmed she had died violently.

Sadly, it’s my go to thought when I hear yet another woman is dead.

Then I discovered it was Natalie McNally.

Since then I have tried to ignore the noise, the armchair detectives, and the online distractions, which help nobody.

My thoughts are with Natalie’s heartbroken mummy and daddy, Bernadette and Noel.

With her brothers. With her family and friends. With the officers working on bringing her killer to justice.

Not with attention seekers, internet ghouls, and menaces.

What an utter tragedy. What a waste of life.

What horrific news that Natalie, and her unborn baby, are dead.

A 32 year old pregnant woman has been stabbed to death.

I thought about how lucky I was to have a lovely Christmas and New Year with family and friends.

I thought about the unbearable sadness and trauma, in the McNally household, which has no end in sight.

A vigil was called at Stormont for Thursday 5th, to remember Natalie, Bruna Fonseca, who was murdered in Cork in the new year, and all victims of gender based violence.

I arrived at Stormont early. The sky was grey. Fitting in the circumstances.

There is always a balance to be struck at events like this when you’re a journalist.

You want to adequately reflect the pain and loss, be sensitive and respectful, and not intrude on the grief of a family going through some of the worse days of their lives.

I hung back a bit.

I saw familiar faces. Politicians with heart. Feminists. The knowing sisters of other murdered women. Women’s sector and other charity sector campaigners.

People whose eyes I have met at similar occasions.

Here we are again. More dead women. Happy New Years were not appropriate on this day.

Watching and listening to Natalie’s devastated brothers standing shoulder to shoulder, keeping it together, and eloquent in calling for an end to violence against women and girls.

I have heard that call so many many times.

As the Stormont vigil gathering was coming to a close I asked the people holding the easels with Natalie and Bruna’s blown up photographs on them, to let go so I could take pictures.

They were placed gently against a wall.

I stood back, framed the easels with my phone camera, and took some pictures.

It was at this moment that I broke.

Tears rolled down my face, and I couldn’t stop them. I couldn't keep it together.

This isn’t about me so I discreetly cleared off to the side of the building and had a moment.

I thought about how smart and beautiful the girls were. About the fear they must have felt. Of their future being snuffed out. Of what they could have achieved. And won’t because their lives were ended in such a brutal, cruel way.

Enough, I thought. I am so f**king sick of covering these type of stories and nothing changing, I thought.

I am angry and a bit weary, but reassured rather than embarrassed that I cried.

How many more families will call for an end to violence. How many more of these vigils and police appeals will there be.

How many more times will Women’s Aid and others say that an ending Violence Against Women and Girls strategy needs to be implemented without delay.

We need to tackle the full spectrum of misogyny in society. From the “low level” stuff through to murder.

We need decent relationship and sex education. We need better criminal justice outcomes. We need to be free to name misogyny, as not the only problem, but as a major problem, and have that accepted.

The experts know what needs done. They have the solutions. They have told us countless times what they are.

Let’s keep moving forward with a sense of urgency instead of wasting any more time.

Of course. Pretty much every day the place reveals itself to be frustratingly behind, and/or failing. It’s shameful. #endvawg https://t.co/dGFO2kA4bn

NATALIE MCNALLY MURDER INVESTIGATION - POLICE CONTINUE TO APPEAL FOR HELP IN BRINGING THE PERPETRATOR TO JUSTICE.

Detectives from the Police Service of Northern Ireland’s Major Investigation Team will tomorrow, Sunday 8 January, revisit the scene of the murder of Natalie McNally.
32yo Natalie was fatally stabbed on the night of Sunday 18 December in her home in Silverwood Green in Lurgan. https://t.co/9g8uKPfiIX pic.twitter.com/mMtUM0A5eN