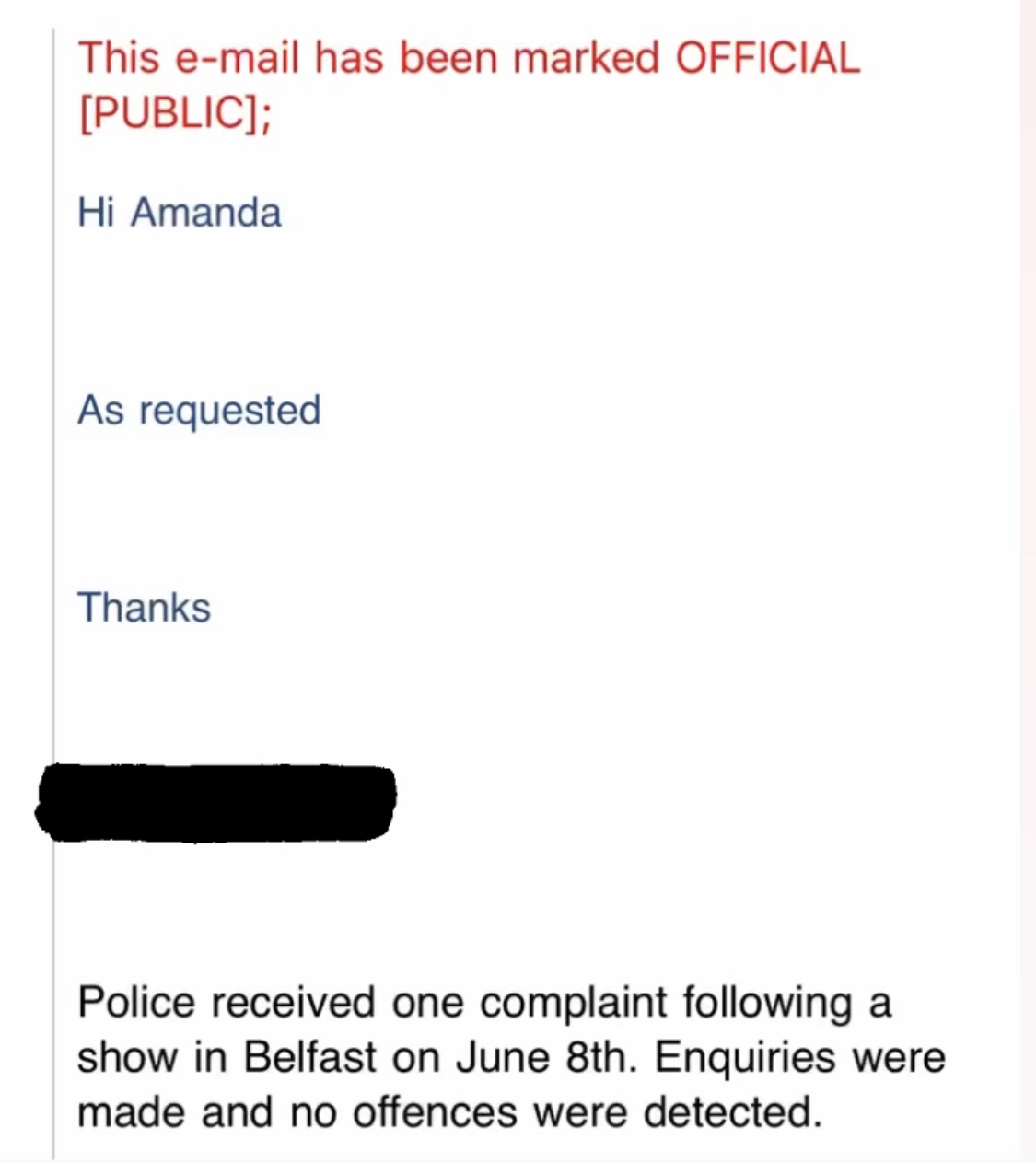 So last night I saw online that comedian Joe Lycett said someone reported a joke he made a few weeks ago to the police. He didn’t name the city it happened in but I recognised the police email so contacted the PSNI, and yes it was us!

Oh my, was this, was this, in Belfast (?) because I recognise that police email format! https://t.co/a9kIes1KNy

What Joe wrote about the incident, and the police response to him: 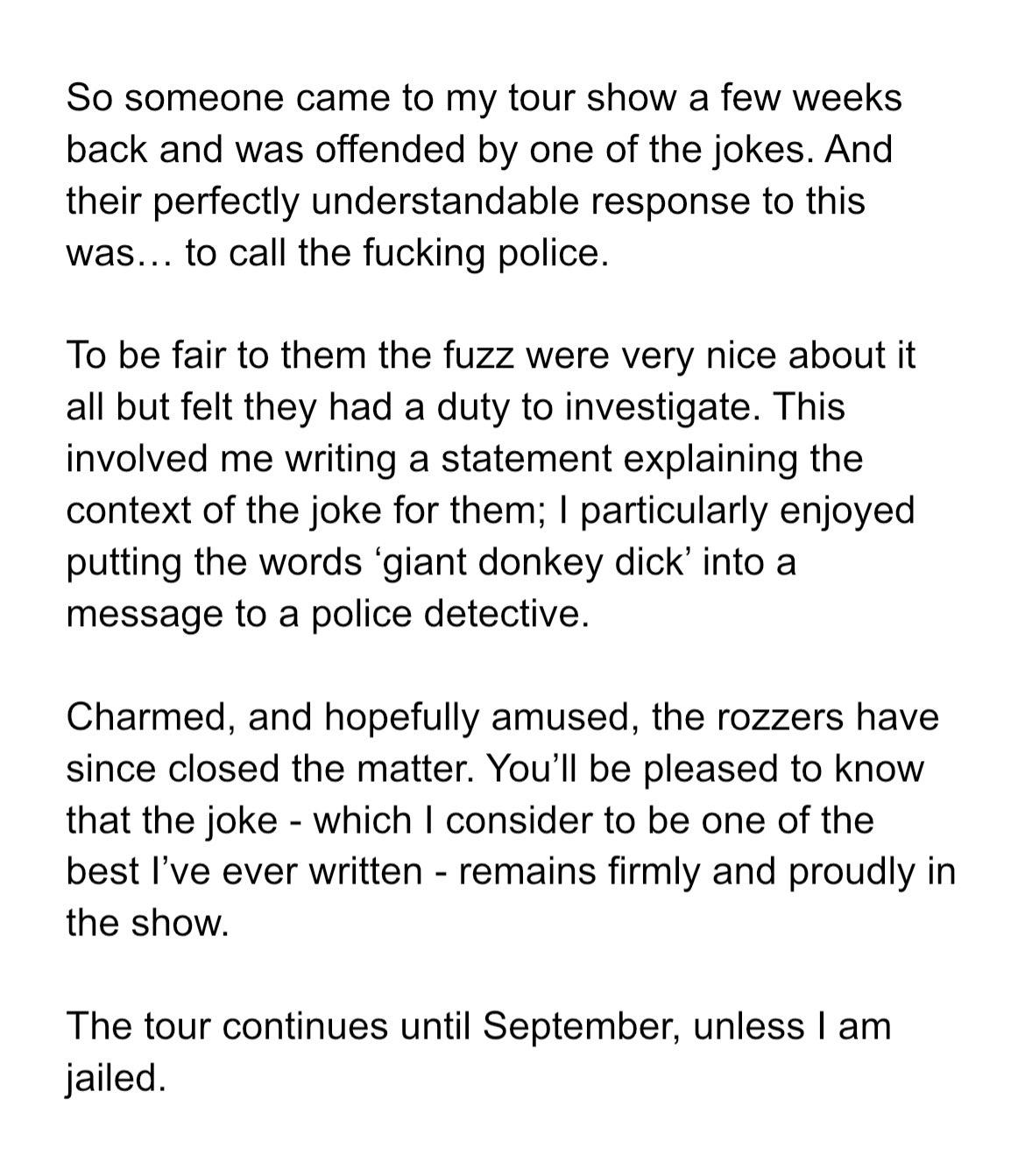 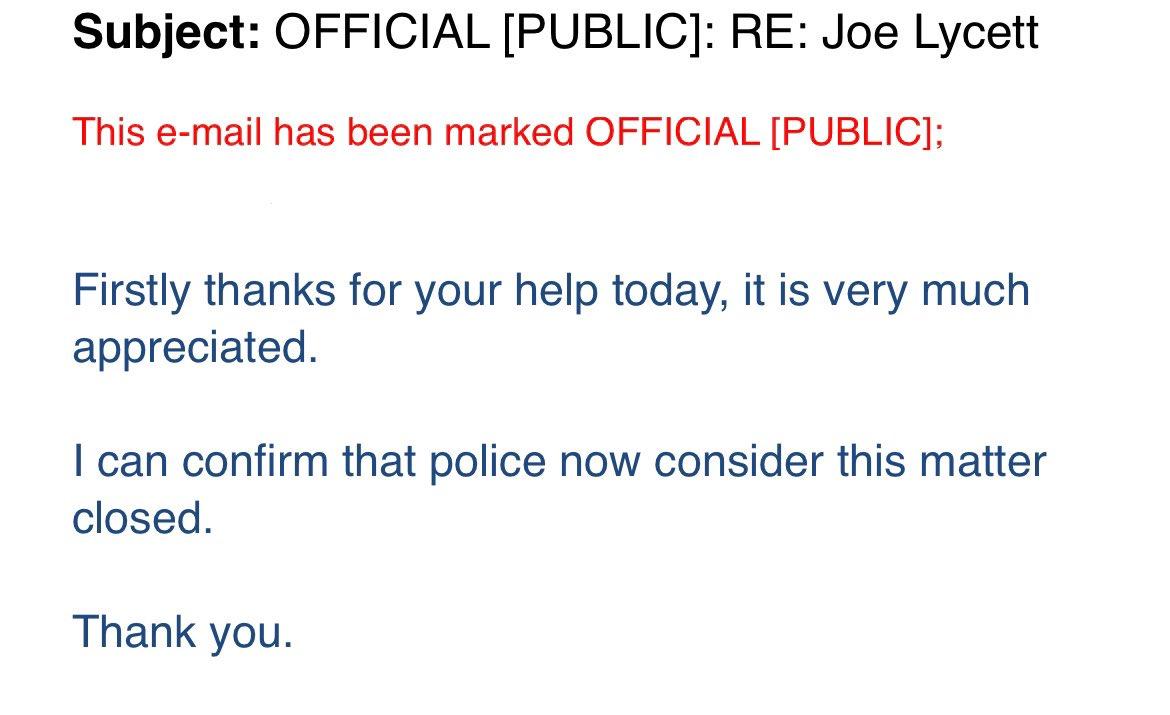 Police response to my query:

NEW from PSNI: Police received one complaint following a show in Belfast on June 8th. Enquiries were made and no offences were detected.

To help deal with the shame we should promote the show. You can get tickets for Joe’s tour here: https://joelycett.com/Comedy 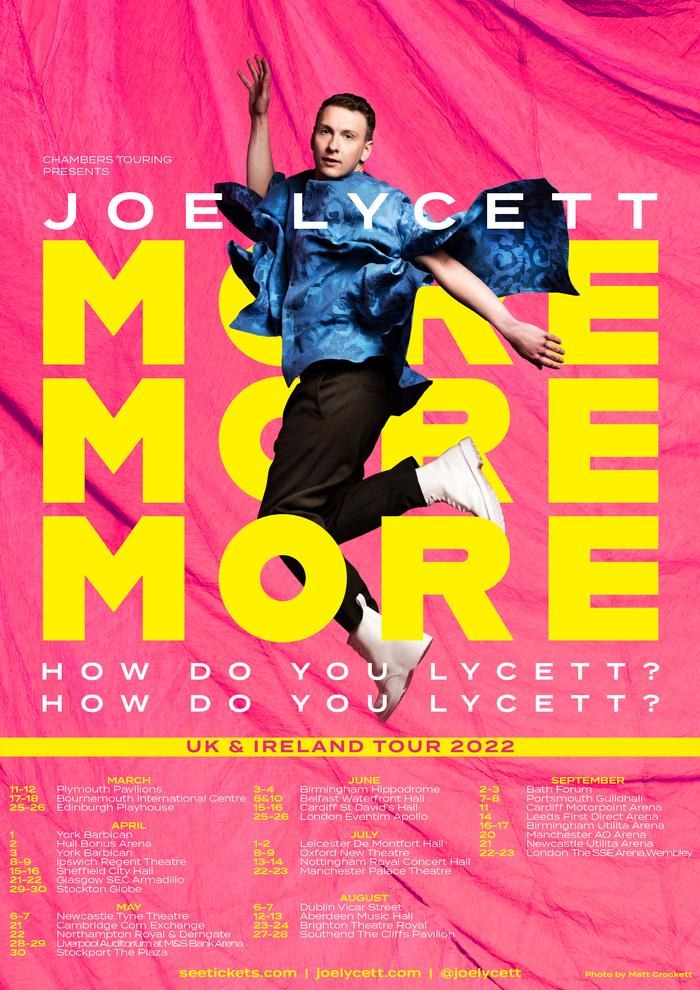 Thanks for the credit. It’s industry practice to do this but sometimes when it’s on social media or my website some don’t…

I needed a laugh and whoever the humourless Joe Lycett gig goer is has provided it. https://t.co/hPpYoXB4rH pic.twitter.com/oTZEaRp5VW

Update September 7: The complainant was an off duty police officer!