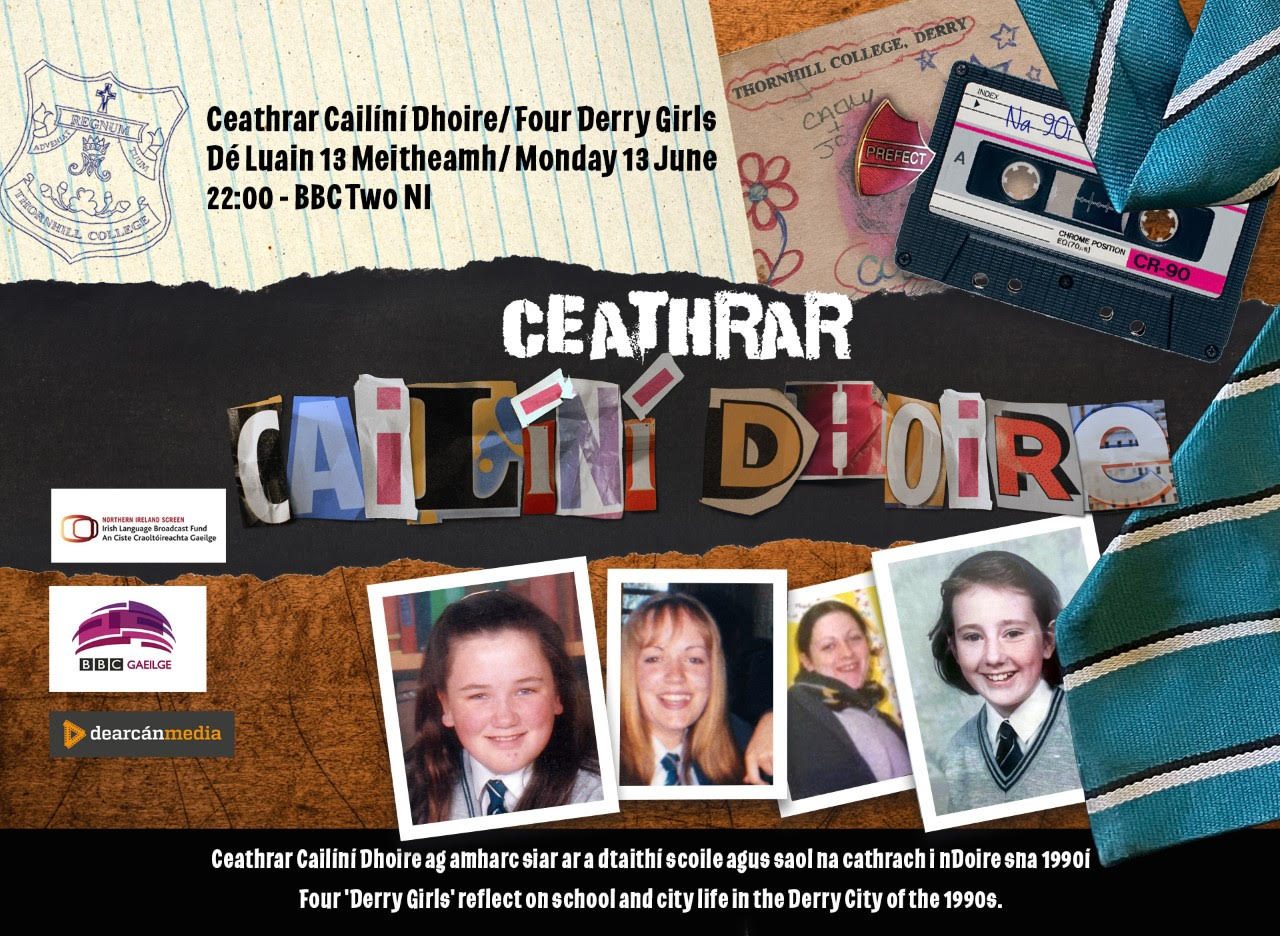 Check out the BBC NI (Gaeilge) documentary with Dearcán Media in Derry, based on four 'Derry Girls' who attended Thornhill College in the 1990s. The half hour show will air next Monday 13th June at 10pm.

The Derry Girls hilarious take on teen antics in the 1990s has generated international interest in all that is unique and different about the people of Derry City.

In Ceathrar Cailíní Dhoire (Four Derry Girls) we follow four former pupils of Thornhill College in the city – the inspiration for the fictional girls' school in the Derry Girls series, and Alma Mater of author Lisa McGee – as we explore their 1990s experience of the school and city through an Irish language lens.

Thornhill had, and has an exceptionally strong Irish language department, and this is reflected in our contributors’ recollection of their first days at school, their memories of life long friendships and inspiring teachers, their trips to the Gaeltacht, their awareness of political change as the peace process developed, including the visit of Bill Clinton to Derry in 1995, and how this all shaped their subsequent work and life through a love for the Irish language. Long term head of Irish at the school Fearghal Mag Uiginn outlines the pride that comes from seeing former pupils - our four Derry Girls - continue with their cultural journey beyond their school days.

Claire Nic Ruairí lives and works in Brussels as a member of a growing Irish language community of EU translators and transcribers (currently 200 strong). An award winning traditional singer, she was inspired to perform through her experience of the school choir, and performing at school events.

Mary Nic Ailín is a school principal at one of the city’s three Gaelscoileanna, and she traces her love of the language to her trips to the Donegal Gaeltacht with the school in the 1990s.

Mary Durkan works as a family barrister. Mary states that her interest in political and community issues was nurtured at Thornhill, alongside practical skills like debating and performing.

Our four Irish speaking Derry Girlsreflect on their school experience of the 1990s in a unique city in a period of unrivalled change and anticipation across all of Ireland.