DISTORTION AT THE MAC 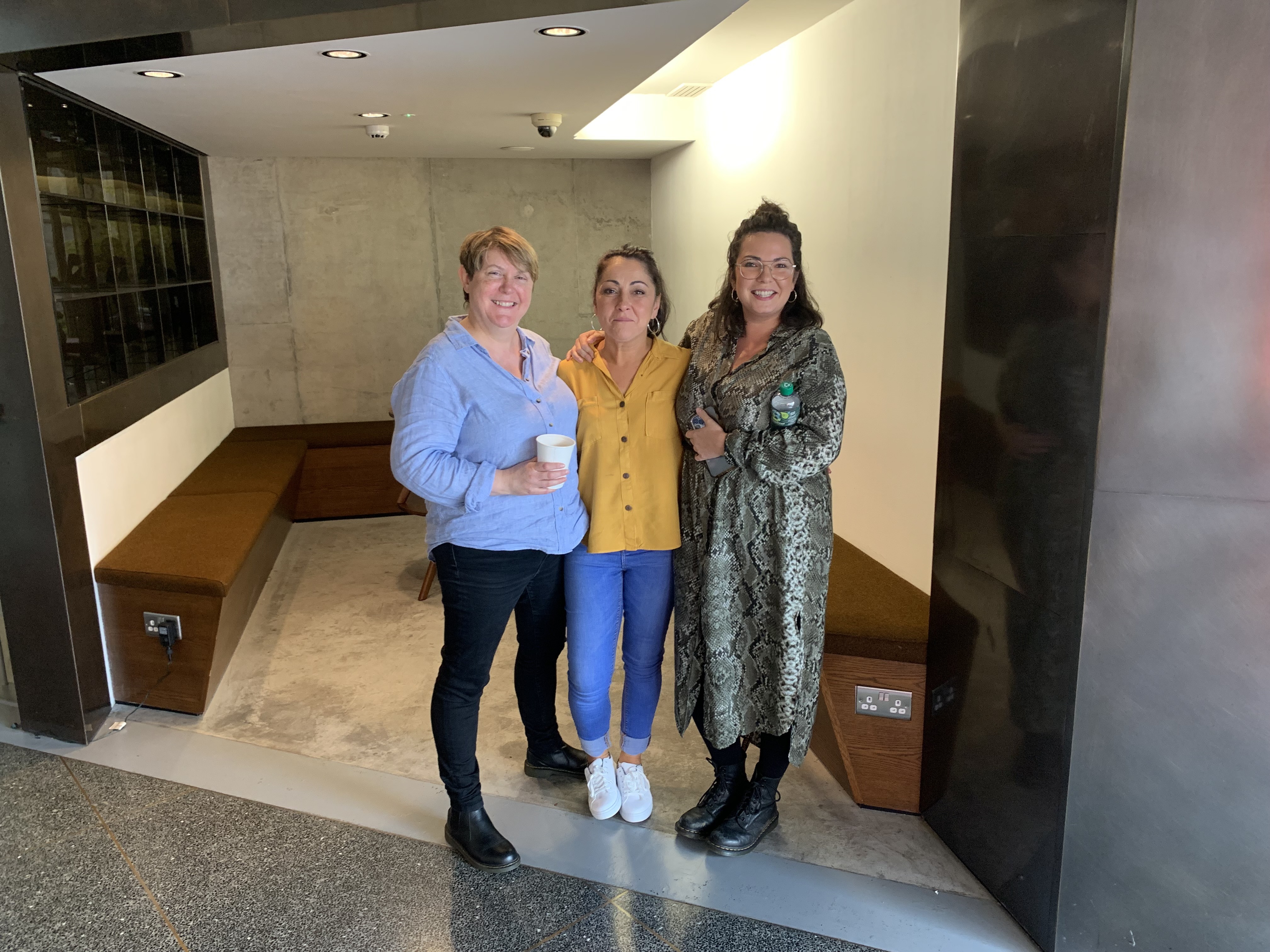 I was lucky enough to join writer Amanda Verlaque, actress Mary Moulds and director Rhiann Jeffrey on the last day of filming Distortion at the MAC. Cast and crew were in a bubble btw!

We had a covid compliant chat and lots of laughs. Enjoy my blooper (!) and chat with the women about the play which is streamed from September 30.

Distortion is a fictional take on PR spin, sexuality, and the personalities jockeying for position in a cutthroat political arena.

In a world of politics, nothing could be further from the truth. When a homophobic government minister resigns in disgrace, a brand-new political party fronted by a photogenic, yet shallow husband and wife team target his once-safe seat. To secure it, however, they need the support of a jaded electorate. Enter Jo Devine - out and proud PR guru - hired by the couple to provide the polish and sheen they need. But when careers collide with ego and conscience clashes with lies, who wins? 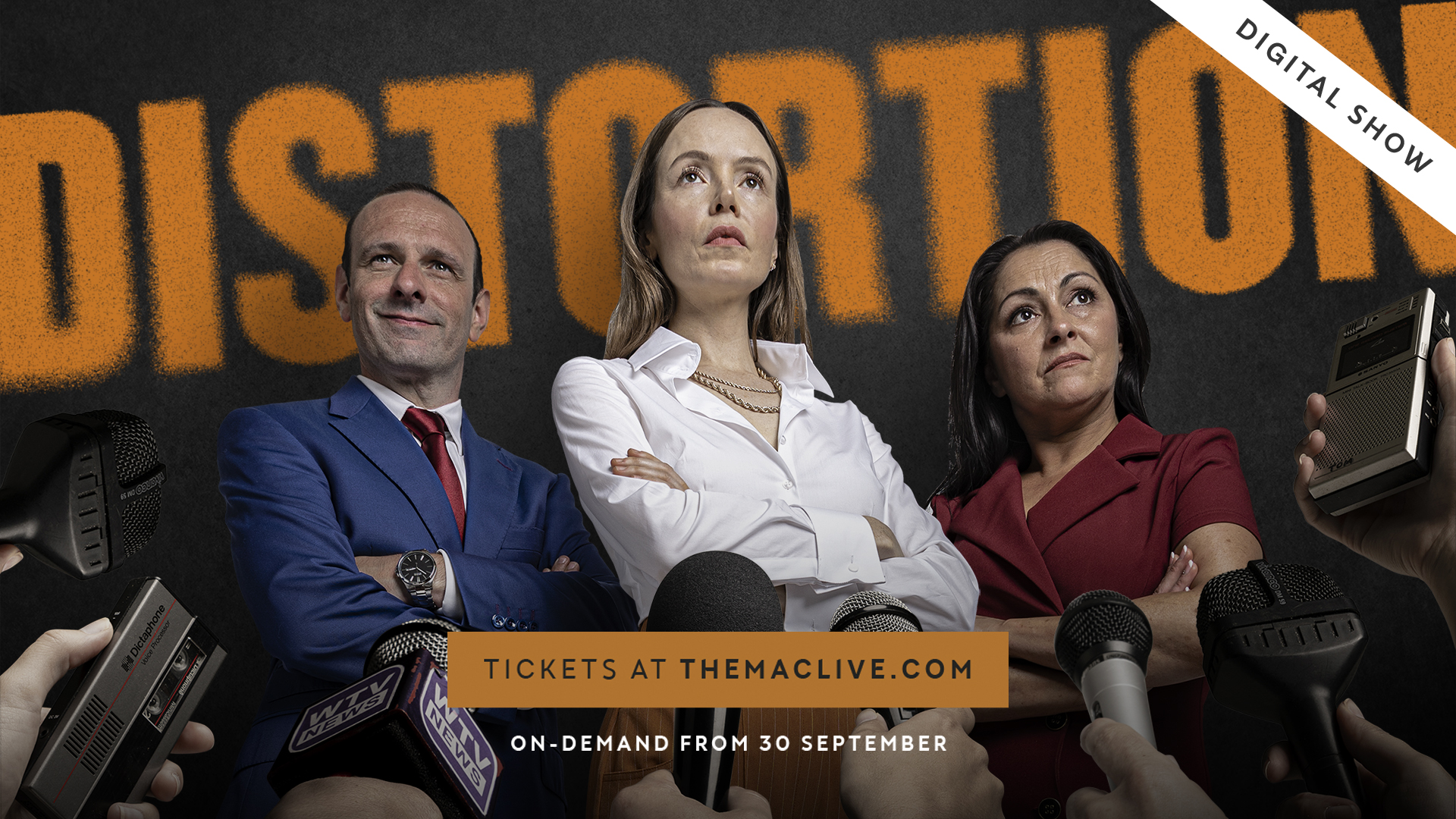 Amanda’s career in the creative industries began as an arts and entertainment journalist writing for publications including The Irish News. She has 25 years’ award winning experience in TV drama as a script editor, storyliner, producer and executive producer for the BBC, RTE, Blinder Films and Tiger Aspect before turning her attention to writing. She has showcased plays at Belfast’s Outburst Queer Arts Festival and been published in flash fiction and short story anthologies. She recently executive produced On The Street Where We Live, a series of audio plays, also for The MAC and her play Lolly features in the series. Amanda’s play, This Shit Happens All The Time, about homophobic hate crime, will premiere at Belfast’s Imagine! Festival in March 2022, and Distortion produced by The MAC, Belfast, and will be streamed worldwide in September 2021.

Mary Moulds made her screen debut playing Bernadette Devlin in the acclaimed film ‘Bloody Sunday’. From there she has gone on to carve out a career that has spanned Film, TV, Theatre and even a spell as the face of Oil of Ulay. Working in theatres such as the Lyric, Belfast, The Pleasance, London and the old Arts Theatre, Belfast, she has been a familiar face working with all the major theatre companies in Northern Ireland; recently touring in the Belfast Festival’s Audience Award winner ‘The Suitcase’. In Film and TV, she has appeared in Line of Duty, 37 Days, Give My Head Peace and played the lead in the BBC film ‘Year of Greater Love’ also fitting in numerous NI Screen and Cinemagic funded Short Films. Most recently she appeared in the BBC’s ‘Doing Money’ and the new series of ‘Marcella’ opposite Bronagh Gallagher in the feature film A Bump Along The Way.

Rhiann is a Freelance Theatre Director and Associate Director for Prime Cut Productions. Rhiann is currently directing 'Distortion' by Amanda Verlaque for The Mac and ‘Class Man’ by Aaron Hickland. Recent credits include ‘VERGE Season 2’ for Prime cut Productions, 'The Pause Between Now and Next’ for the Irish Arts Centre, New York, in association with the Lyric Theatre, 'On the Street Where We Live,' an 8-part radio drama produced by The Mac and 'Ensemble Colours,' a large-scale community project developed with Prime Cut. 'Belfast 2050: Under the Albert Clock' produced by the Lyric Theatre in association with Origin Theatre Company (New York Times Critics Pick), 'Life From Time,' a short film by Caoileann Curry-Thompson, 'No Explanation' a short film by Kyron Bourke, 'VERGE' a series of new play readings for Prime Cut Productions, 'Glory: Desire' for NI Opera Studio, 'The Right Twig' for Fighting Words, 'The Tempest' for Rose Bruford College and 'Everyday I Wake Up Hopeful,’ by John Patrick Higgins for Prime Cut Productions.