DERRY, IRELAND AND BEYOND SAYS GOODBYE TO JOHN HUME 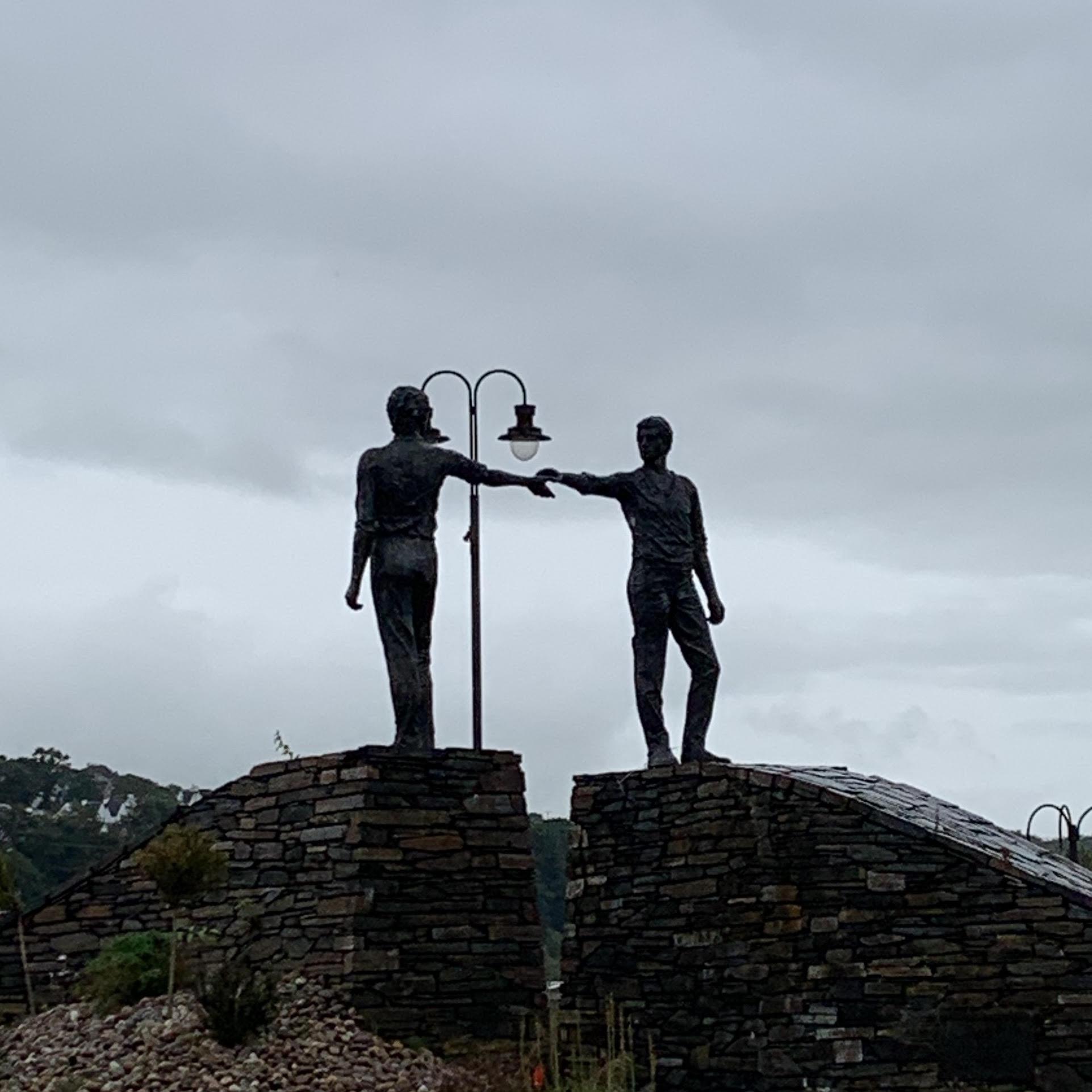 On Monday morning I was holding to go on air to talk about Covid-19 face coverings when the message arrived on my phone that former SDLP leader and Nobel laureate John Hume had died at the age of 83.

The politician from the TV screens and newspapers of my childhood and younger years was gone.

Derry’s civil rights champion and anti-violence peacemaker, who, with others, helped bring peace - through the 1998 Good Friday (Belfast) Agreement - had been out of public life for many years.

We all knew he had been ill for a long time with dementia but if felt like he had always been around so his passing has hit hard.

As I waited to speak on BBC Radio Ulster I posted the Hume family statement about their loss.

When I was introduced to speak I knew I had to start by paying tribute to him.

I was not expecting to feel so emotional about it.

I was on air as it broke #JohnHume had died. I am not embarrassed you could hear emotion as I paid tribute. My generation became adults in time to vote for our wonderful, imperfect peace. Thank you.

Many out there could learn from his courage.

At peace. He’s earned it.👏🏻✌🏻 pic.twitter.com/zIjFiKHiMs

I thought about why my voice had wobbled, about why I shed tears after.

It was because someone truly special, who has made such a huge contribution to all our lives, was no more, and I was grateful for his life.

I am 41 so experienced enough of the Troubles/conflict in the north/Northern Ireland to appreciate what he and others achieved.

Today was the chance to give him a good send off, and Derry delivered.

Hands Across the Divide...

Messages from the Dalai Lama, the Pope, President Clinton, and U2 frontman Bono were read out to the 100 or so mourners gathered for his funeral mass in St Eugene’s Cathedral, and the many thousands more, like me, who were viewing proceedings on the TV and online.

Message from the Dalai Lama read at the funeral of #JohnHume pic.twitter.com/DbrXIm6EEd

Hundreds gathered outside the church to pay their respects.

In normal, non-covid, circumstances it would have been many thousands.

None of us is perfect, including John Hume, but what a good man he was.

Everyone I spoke to today had kind words for him and the breadth of tributes shows how well regarded he was.

Of course there are those who would use his passing to make digs at others.

They miss the point when they do this.

If you make a tribute to someone about anything other than them, then frankly you are part of the problem in this place. Like the rest of us John Hume was not perfect but he was great man. If there was more like him we wouldn’t be having so many pathetic arguments. Grow up.💆🏻‍♀️

He was a decent man. Someone who wanted the best for everyone.

He did not sit back. He made things happen.

He has so many achievements. Any one of them would have been enough. https://t.co/uvD3Zi7by0

Reflecting on John Hume's life today his son John Hume Junior said if his father could be there and say a few words he would no doubt talk about “our common humanity, the need to respect diversity and difference, to protect and deepen democracy, to value education, and to place nonviolence at the absolute centre”.

“He might also stress the right to a living wage and a roof over your head, to decent healthcare and education," he added.

“If he were here now, he might quote his friend, Congressman John Lewis, who sadly passed away a few weeks ago, appealing to the ‘goodness of every human being and never giving up'.”

I tried to explain to radio listeners in Britain today how important John Hume's contribution to the world has been, and how the soon to be launched John and Pat Hume Foundation will protect that legacy and promote reconciliation here and far beyond these shores.

When you are talking about such an impressive person the words you chose never feel enough.

I will take inspiration from John Hume Junior’s words today and end by simply saying: Thank you, John Hume, for a life well lived.